Having derived so much joy and satisfaction from raising his daughter, Ottawa lawyer Ross Dumoulin has written a new book that he hopes will inspire other fathers, writes Derek Abma.

Among the hopes Ross Dumoulin has for his recent book, A Celebration of Fatherhood, is that it encourages men to embrace the joy of being a parent.

For a variety of reasons, he says, males often don’t enjoy being a father as much as they should.

“I’ve gotten a lot of joy and satisfaction out of being a father,” 61-year-old Dumoulin says. The Ottawa man says a lack of engagement among men in their roles as parents was more of an issue when he was a child, but it’s still there to some degree.

“I think it’s improved over the last 10 to 20 years,” Dumoulin says. “Certainly when I grew up, fathers were not that involved in the upbringing of their children. And I think, too, a lot of fathers even to this day are somewhat intimidated by fatherhood – a new life coming into their family – and maybe a bit apprehensive and maybe not wanting to be involved at first and just filled with uncertainty and what the later years will bring.”

Asked if he ever felt this way, he says: “Yeah, I think at first. As with most dads, I didn’t know what to expect. Although I think in my case it certainly didn’t take me long to really form an attachment with our daughter.”

It helps that Dumoulin learned to take a child-like attitude when it came to playing with his daughter, even to the point of encouraging the age-old no-no of playing with food.

Dumoulin started his book in early 2009 and wrote the bulk of it over the next two years. After taking a few years to find an editor and a publisher, it became available just before Father’s Day last
year.

It’s Dumoulin’s first book. He says a friend suggested he write one. He’s a lawyer by trade and says his experience in writing arbitration decisions makes being an author not too much of a stretch
from his day job.

The first idea he came up with was to write about fatherhood. He says he wanted to “share what I’ve learned, what I’ve experienced as a father. … (and) also on family life. I thought that it would nice to share that with other people, maybe help them out in some aspects.”

The book takes the reader back to when Dumoulin met his future wife Margaret in 1981 at a Byward Market disco called Brandy’s. It describes how they dated for the next few years, with Dumoulin resisting pressure from his family and friends to tie the knot. He eventually gave in and they were married on Sept. 20, 1986.

Ultimately, the story makes its way to the birth of the couple’s only child, Natalie, on May 21, 1988. The months that followed were bittersweet for the Dumoulin family. They experienced the joys of their daughter’s first Christmas and later her first birthday, but Dumoulin was faced with his mother being diagnosed with pancreatic cancer. She died July 19, 1989.

Dumoulin describes in his book how he “fell in love” with his daughter when she was around oneand- a-half, as she battled a bad chest cold. “She was so cute and pitiful when she was sick, but was also a brave little soul,” he writes. “That’s when I fell in love with my daughter. That same day, although she was sick and quiet, Natalie still found the energy to dance to the Lawrence Welk Show on TV when we went over to my Dad’s for supper.”

Dumoulin says fathers often put too much emphasis on their careers at the expense of focusing on their children. He avoided that trap by resigning as a labour lawyer with Canada Post in 1991, after almost 10 years, to become a self-employed arbitrator.

He writes that it “allowed me to spend more time with my wife and daughter. For instance, I could go on school outings with the other parents when Natalie was in elementary school.”

The book describes Natalie as well-behaved through adolescence, her worst transgression being skipping school on the day before her 16th birthday to hang out with friends at the Rideau Centre.

Eventually, Dumoulin’s daughter leaves home to attend Redeemer University, a Christian school in Ancaster, Ont. He describes the “long drive back home” after dropping her off there in September 2006, as he and Margaret return to Ottawa as empty-nesters.

A Celebration of Fatherhood is available through Chapters’ website, Books on Beechwood or by emailing Dumoulin at r.dumoulin@rogers.com. Twitter.com/derekabma 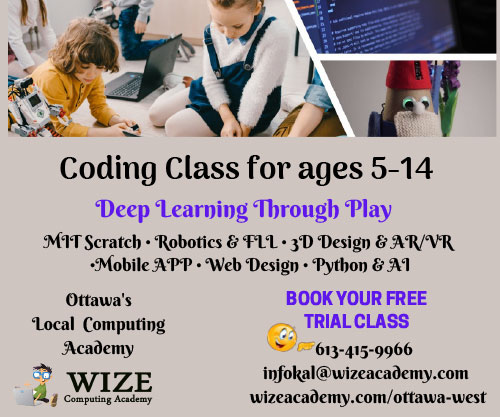 Not able to pick up your Fall 2020 copy of Parenting Times on the newsstands? Not to worry! Click here for the flippable version of the e-mag: ottawaparentingtimes…